Water Conservation One Drop At A Time 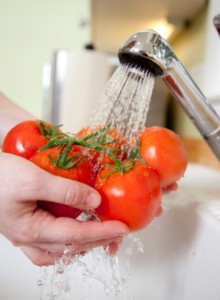 We hear the term “water conservation” all the time, but what does it actually mean and what can we do to help in the effort? Water conservation simply means that you need to use water wisely. Unfortunately, while we hear it all the time and know we should be careful in how we use water, we all start to take it for granted.

As times passes by, more and more people are abusing their usage of water. Sure, some may never have actually understood the importance of conservation but most of us do and the fact is water conservation is now being neglected by the majority of people.

Everyone has a responsibility to do their part to conserve water. Now, I am not talking about extreme conservation efforts like catching ran water and recycling it for other uses. Though one could if they were so inclined and it would be admirable. No what we are referring to here are little things that everyone can do to conserve water when they can.

One example of a small thing you can do to conserve water is replace your older shower head with a modern low flow alternative. There would be no discernible change in the quality of your shower, yet a low flow variety can cut your water usage by as much as 80 percent. Some older shower heads would use as much as seven gallons of water each and every minute! But newer low flow fixtures can use as little as one single gallon per minute. Now multiply that by the billions of homes on the planet and the savings are staggering.

Similarly, a low flush toilet can achieve similarly striking savings in your daily usage of water. These new fixtures were designed to achieve the same performance while using considerably less water in the process. Some of these fixtures were designed to operate using as much as 67% less water while doing the exact same job. Again, do the math as you will agree that the potential benefit is staggering to say the least.

Another thing that a homeowner can do to conserve water is to fix leaks as soon as they start. People have a tendency to ignore minor drips from their faucets until they become larger drips and they can’t stand the annoyance any longer. But in the process, hundreds of gallons of water are wasted needlessly.

In addition to the satisfaction that comes from knowing you are doing your part to help the environment, you get to reap the benefit of a monthly savings on your water bill. That should sound pretty good, too!

McMahon Plumbing & Heating; you're the best plumber I ever had. Thanks again for your good work.
- L. Matranga
Read More

I recently had problems with a toilet. Frank arrived and did excellent work. Your service was prompt and courteous. Thanks for the great work.
- F. Colon
Read More