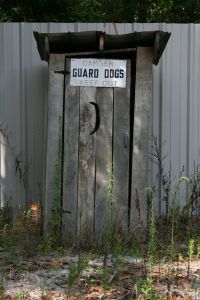 It wasn’t that long ago in history that people were still using outhouses for the toilet and pitchers and cisterns for basic washing, taking a bath once a week or less. In the last century or so, advancements in the science of plumbing as well as knowledge of bacteria have changed the field of plumbing. Whether you are talking about toilets or tubs, changes have made modern day plumbing more convenient as well as more hygienic for everyone in the Boston home. Your Boston plumber has followed plumbing advancements every step of the way, ensuring that no matter how much technology changes, he can handle any plumbing repair that comes his way.

The Business of Going

When most people think about in-home plumbing, their minds go to the toilet. Vast improvements in toilet design were made in the mid-19th century. At the turn of the 20th century, new innovations were being patented every week. Between 1900 and 1932, designs for 350 new types of water closets were received at the United States patent office. Two of the first patents were for what evolved into the most common type of toilet found today: the siphoning wash down water closet. Even today, new improvements are being made on the way water and contents are removed from the bowl: engineers are working on perfecting the design of a motor for toilets with a jet flush system.

Another major advancement with the changes to plumbing is the general health of the population. One reason improvements in plumbing helped with the health of the population was the steady switch from lead pipes to those made of copper and PVC. This improvement in the water delivery system kept people from being exposed to harmful levels of lead that leeched into the water from the pipes. Also, being able to draw a fully heated bath on demand in your Boston home was a luxury for most until a few decades into the 20th century. With the expansion of citywide plumbing, gas and electricity service, bathtubs began to become a staple in every home. As people had increased access to clean, warm water for bathing and washing, the demand for tubs grew. This improved the health of the general population, as fewer people were coming in contact with harmful bacteria for prolonged periods of time.

Plumbing was a matter of better access, which came as technology improved and rural areas were attached to larger septic systems. Financially, people were able to improve their in-home bathrooms, allowing for increased plumbing improvements. A survey taken by the General Federation of Women’s Clubs between the years of 1925 and 1926 showed that, between 1918 and 1926, bathtub sales increased five times over, from 818,000 to 1.2 million. The bathtubs were in cities, towns, and rural areas – no one area was left untouched. In the years following World War I, particularly the years when Herbert Hoover was president, the country went through an amazing growth. This showed in the amount of supplies produced, the number doubling between 1919 and 1923.

This spurt of economic growth barely slowed during the depression and World War II. In the 25 year period between 1929 and 1954, plumbing product sales rose an amazing 357 percent, from $498 million to $2.3 billion. Even in the rough economic times of today, people are continuing to make improvements to their Boston kitchens and bathrooms.

While the health and economic changes in plumbing have grown immensely in the past century, it hasn’t been only business. Cosmetic changes have greatly improved modern plumbing, making it more convenient for everyone. These little changes include valves that control temperature changes, preventing scalding in the shower, and changes that provide a lessened impact on the environment, such as low-flow shower heads.

The advancements in plumbing have improved not only the health but also the happiness of the general population. From quieter, more efficient pipe systems to the delivery of clean water, plumbing has grown immensely in the last century – and thank goodness for that.

If you are looking for a professional plumbing repair contractor in the Greater Boston Area, then call 1-800-431-5660 or complete our estimate request form.

McMahon Plumbing & Heating; you're the best plumber I ever had. Thanks again for your good work.
- L. Matranga
Read More

I recently had problems with a toilet. Frank arrived and did excellent work. Your service was prompt and courteous. Thanks for the great work.
- F. Colon
Read More